Since the Quail Lake champagne party really doesn't count as a "maiden voyage", this May Huerfano took her first river trip down Deso.

Not without some bumps and bruises on the way, starting with a flat tire on the Sand Wash road.  Here I've been saying for several years we've never had a problem, and the road has gotten better, and then boom- "tire pressure warning".  This was complicated with the fact the tire iron/jack kit did not contain the necessary key insert to fit into the spare tire release crank.  In the end a minor set back, with help from Marlyn and the folks at River Runners shuttle.  Thanks to all!

Here we are with the little Huerfano on the trailer at home ready to take off. 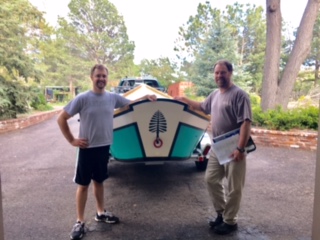 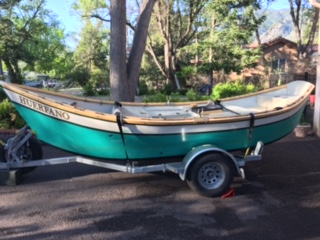 And here is a pic during the late packing stages.  Trying to figure out for the first time where everything should go - to be modified several times during the trip and I'm sure on future trips. 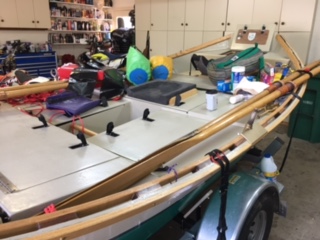 First impressions - she is fairly fast pushing in flat water - until the wind comes up when her bow catches a lot of air and lower profile rafts were faster. 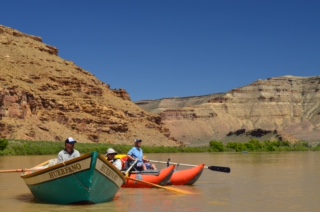 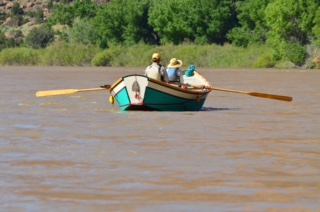 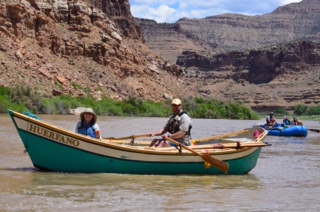 If you look closely at the last pic, you can see where white paint rubbed off down to the primer coat, from rubbing by a raft at camp.  Learned to stay away from those nasty rubber objects.  Also a couple of small chine dings from rocks while pulling into camp sites.  All easily fixed with minimal paint upon return to the MBS.

Tippiness - in confused water with lots of side waves etc. she's actually pretty tippy, up until the secondary stability of the side flare kicks in, afterward which she's very solid. Not quite sure how to address this, since oars are often out of water, so can't keep pushing through.  But in big water, of which we had a good amount at 18K+ volume, as long as you tee it up, nothing (yet) seemed to phase her.  We pretty much took the meat lines in every rapid.

To confess, that was plan B at Coal Creek as I was trying to miss the Thunder Hole on the left but it did not work out that way.  Very good hit, but through and still smiling!

Still working on getting some of the videos and rapids shots.

Here's a curious visitor at Range Creek checking out Huerfano.  This turkey was persistent, looking for handouts, and hung around all evening. I'm just glad the bear cub (and presumed, but never seen, sow) stayed up by the groover and never came down for a closer inspection. 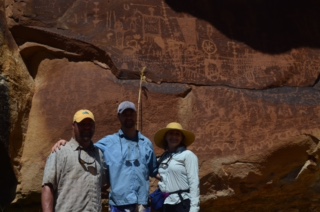 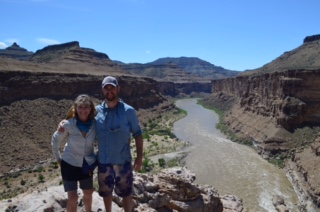 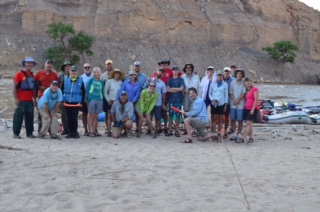 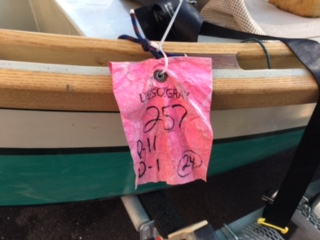 Finally, here's a wonderful watercolor sketch by my friend Stacy one evening during our trip: 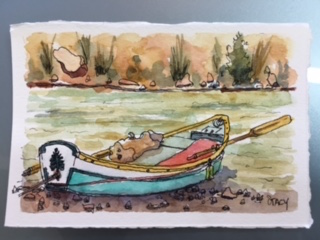