Just a little late getting this one on the blog.  Been busy getting Huerfano ready for the Deso trip this May, plus mandolin and guitar mold building, bamboo rod tapering, riding dirt bikes, work, life, etc....


Anyway, tail end of February I headed down to Flagstaff with two sets of perfectly good, new Smoker oars, ready to destroy.  Otherwise known as "bludgeons" by others.  The goal was to cut away what wasn't a good, shapely, functional oar, leaving the rest.

The truck was a little full, with a dirt bike, various bags and other gear, plus our mountain bikes, since we were meeting friends later in Phoenix. 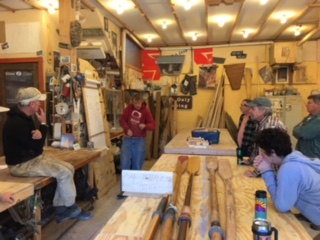 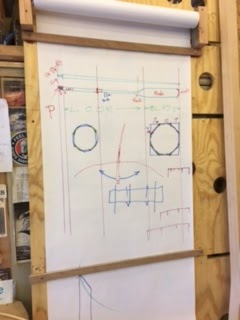 Here we are at Brad Dimock's Boat shop and headquarters for Fretwater Press, in Flagstaff.  Introductory talk is getting us ready to either build some new oars or reshape some older bludgeons.  There was math involved, with geometric examples which left at least me wishing I'd gone with the second cup of coffee. 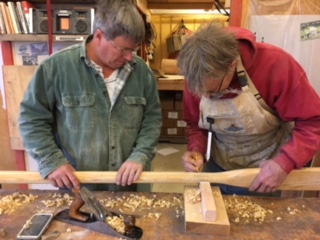 But no worries, it all becomes crystal clear after doing it yourself and making numerous mistakes.  Here's Bill and Brad laying out a centerline on a new set. 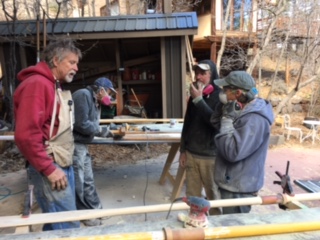 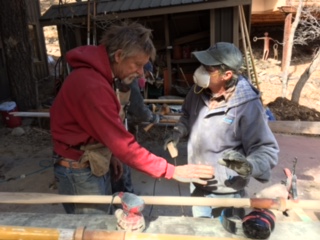 And the dory crew, Brad, RJ, Andy and Coop discussing some finer details of bludgeon shaping. 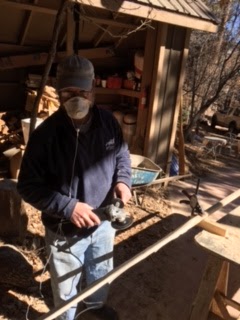 Me trying, later unsuccessfully, to avoid screwing up a perfectly good set of new oars. 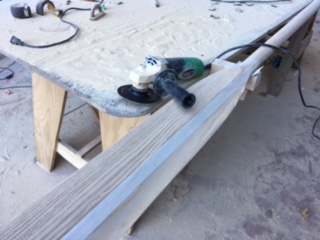 First set in progress, with the evil grinder.  These actually came out pretty good. 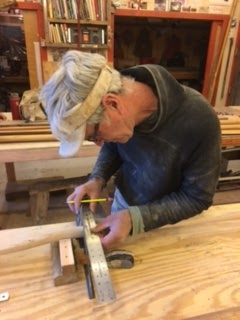 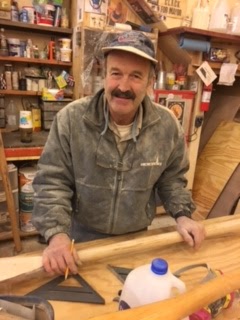 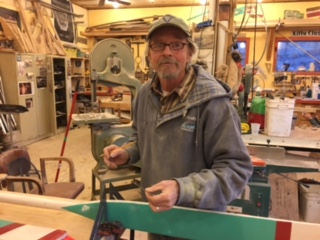 Andy, Coop, and RJ in various phases of bludgeon remodeling. 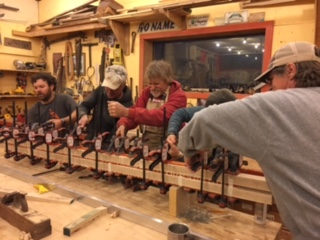 Meanwhile, the inside crew, building new oars (and clearly much more advanced on the Darwin scale since it was bitter cold outside for the grinders), are trying to use every single clamp in Brad's shop. 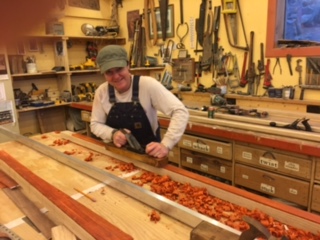 Marieke planing the orange off a new set of ash and padauk oars. 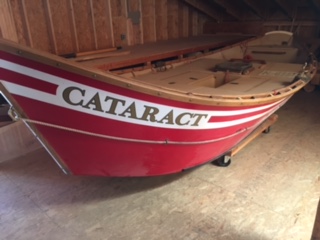 I took a break to go upstairs and take a look at all of Brad's various boats in his loft.  This is his original Briggs. 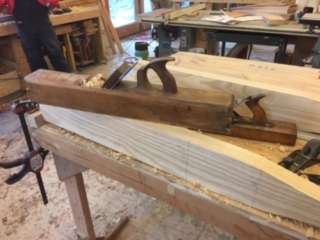 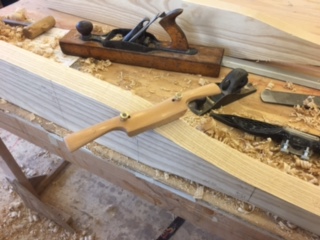 After remodeling two sets of Smokers, and in the process making one blade just a wee bit too thin, I decided to use the rest of my class time to start a new set with ash and walnut. 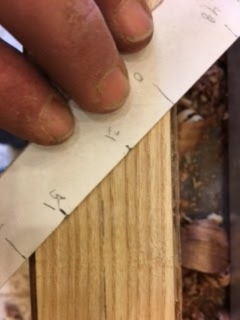 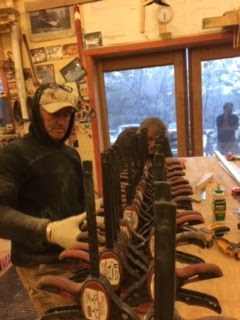 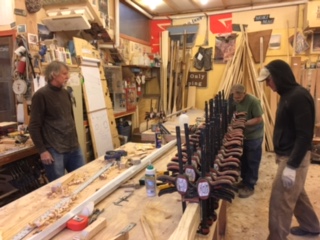 Andy and Brad helping glue up my lams.  Highland clamps to the rescue again. 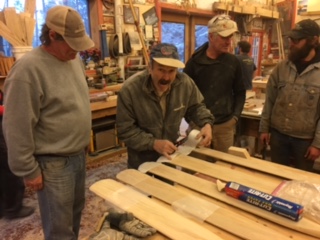 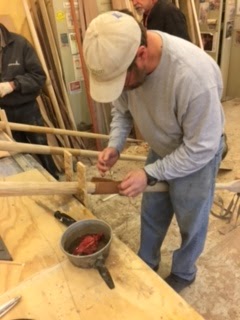 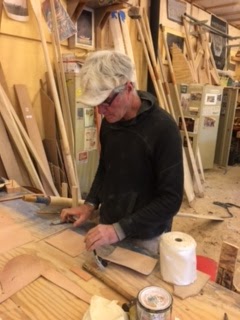 Meanwhile we started other side projects - fiberglass tips and leather oar wraps. 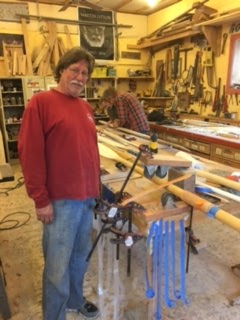 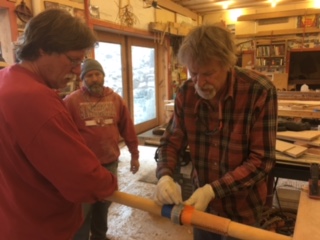 Greg and Brad wrapping the leather oar stop with epoxy. 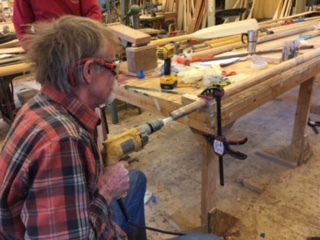 And Marieke bringing her padauk back to life with some LTV.  Looks great. 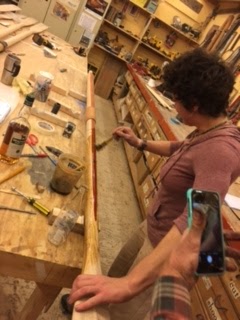 Then it was off to Phoenix for dirt bike riding and meeting up with Cheryl and friends.  But the next morning brought a small change in the plans: 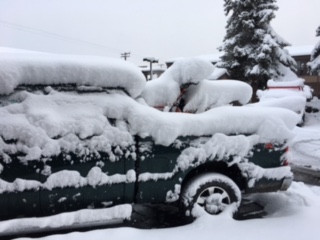