The frame collars, which go under the front edge of each set of hatch frames, opposite the hinge, were built.  These have dado cuts on each end where they fit under the side frames. I cut these with my table saw dado stack. 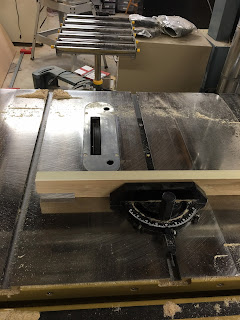 Prior to this, my band saw was used to cut a bevel on each board which matched the angle of where the collars will meet the bulkhead to which they'll be glued.  These ranged from 20 degrees for the bow hatch, 12.5 degrees for the stern, 10 degrees for the front cross hatch, down to 0 for the two side hatches. 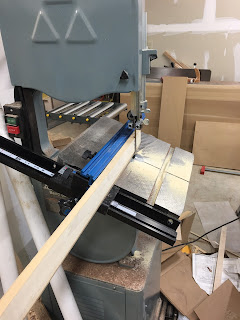 Two slots were cut on the bottom of each collar to allow for the swing arm of the Southco latches.  Aluminum angle was cut on the band saw and drilled and then epoxied and screwed into each slot. Prior to that I chiseled out each collar to recess the plate into it. 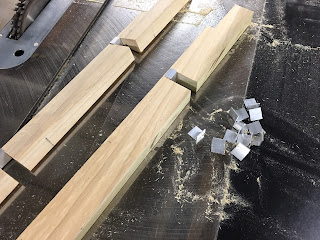 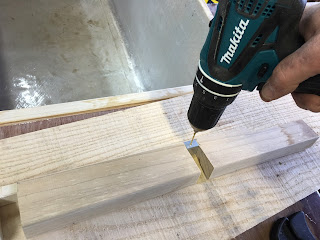 Then frame collars were coated in resin. 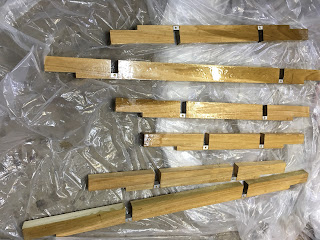 And epoxied into place in each hatch.  Once again using up every clamp I own. 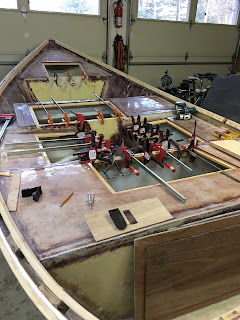 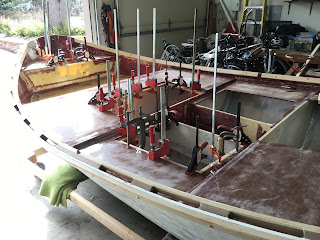 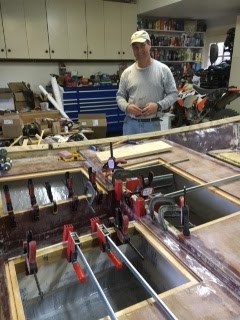 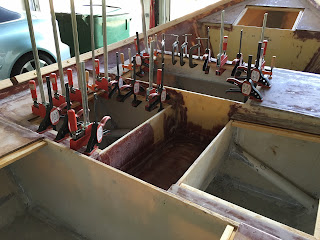 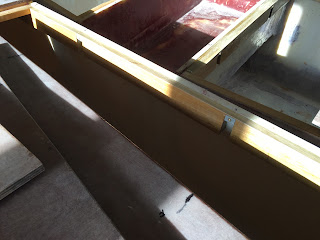 The end result of the first go-round. 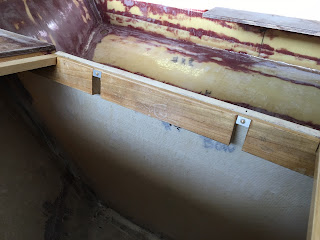 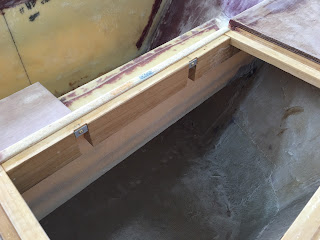