Time to turn the dory back over.

Unlike other blogs I've followed, I don't have a lift, or crane. The only way to get it back upright is to group text all of my strong friends. Funny, some of them didn't respond. And a couple had other lame excuses like attending the Broncos playoff game in Denver. Certainly understandable, but they missed a good time. 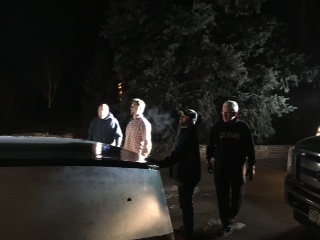 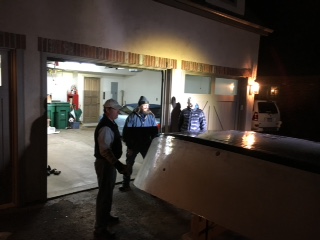 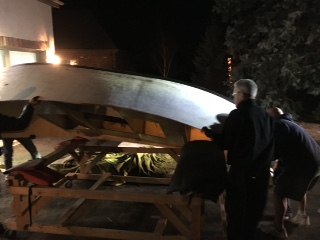 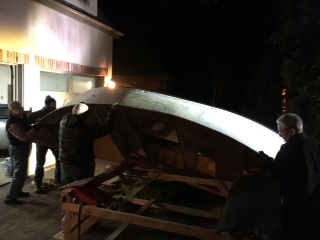 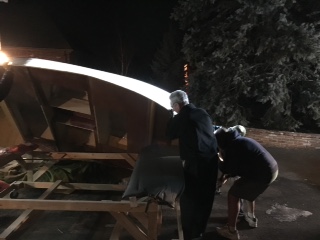 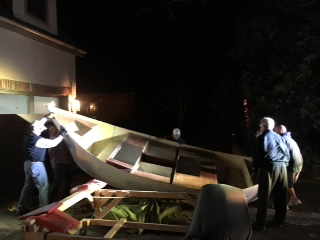 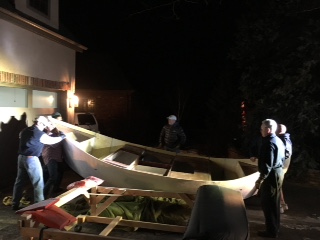 The lighting wasn't the greatest since we did wait until after the game was over. We haven't misplaced all of our priorities. 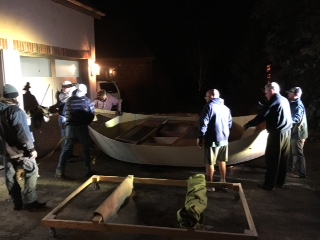 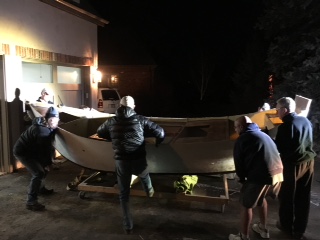 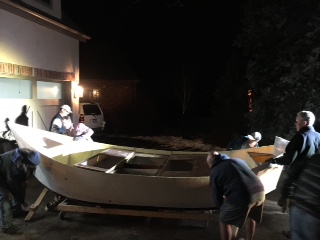 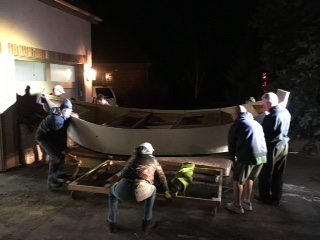 Mattresses from the basement provided a nice landing pad as we tilted the boat off onto her side. The same mattresses I've been trying to get my wife to throw out for years. Good call Cheryl.

Mostly the same crew and it went much quicker this time. A lot less head scratching and discussion. We just picked it up and rolled it over.  A little heavier than the last go round. Maybe it went faster because it was cold outside and dinner was waiting.

Anyway, Thanks much to the dory rolling crew! Will save some spots for you on upcoming river trips. 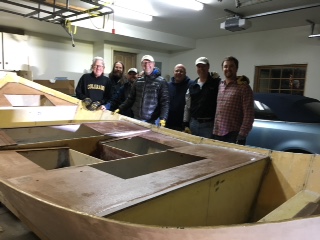 A few things were happening down in the woodshop too. I installed a band saw fence I got for Christmas and some anti-kickback wheels on my table saw for my birthday. 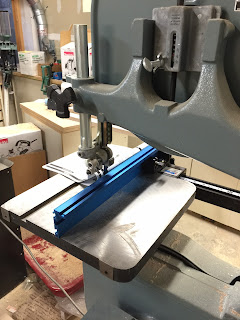 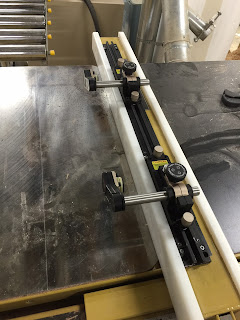