Well, I'm back and happy to report some more gunwale progress and a win by the Broncos! 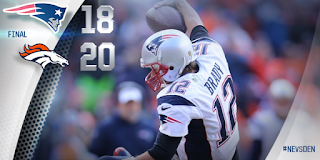 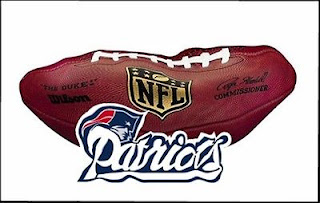 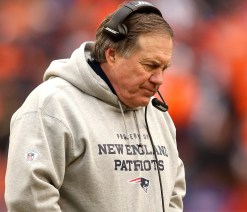 Prob gonna get smoked in the Super Bowl (again) by the Panthers and Dabbin' Cam. Don't really much like his celebrations, they seem to be all about him and not spontaneous expressions of joy. 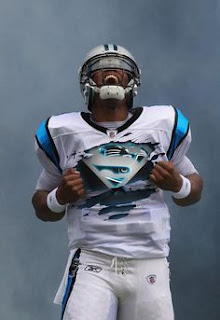 Not a race issue either Cam, I loved the Icky shuffle, the touchdown dance by Refrigerator Perry, and of course Terrell Davis' Mile High salute. Just saying.

After marking and trimming the angled bevel cut on the bow end of the gunwale with my chop saw (not sure how you can build a boat without one - and haven't even gotten to the double-mitered cuts for the hatch frames), I glued and clamped the starboard gunwale on the boat. I left the side panel edge, recently finished with a Cabosil filler, a small bit proud which will be trimmed soon with a router. 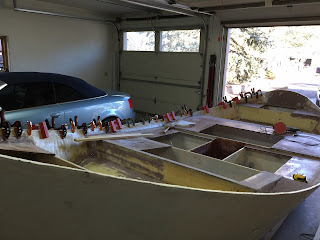 The initial plan was to take the morning and do both gunwales at the same time. But it turned out I needed every clamp I owned in the shop to pull the small gaps together. Cheryl says it looks like a Viking ship will lots of oars sticking out. 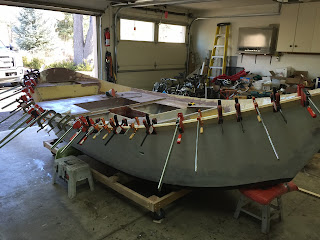 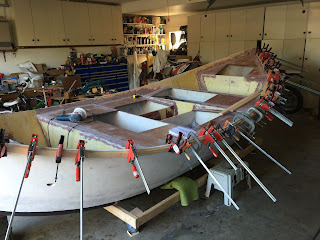 I'm gonna let this set and cure for a couple of days before removing the clamps so I moved on to the gunwale spacers. Picked a niece piece of walnut, my favorite wood, which I thought would contrast nicely with the lighter ash color and ripped the board to the proper width to match the gunwales. 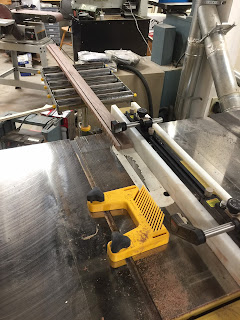 The blocks were cut to length on my chop saw and then I made two transom spacer blocks which tie in the transom angle. Compound miter cuts there too. This required a couple of basement trips to shape the inside to fit the transom fillet. Still haven't heard anything about item number 1 on my Christmas and birthday list, a new shop near the garage. Maybe my wife thinks I need the exercise going up and down the stairs all day? 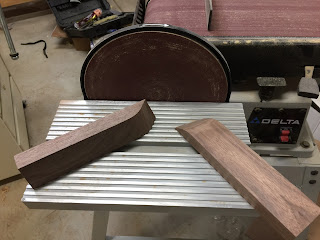 Last task for the day, cutting the tapered spacers that go in the bow. Eventually, near the bow post they taper down to nothing. The band saw  and belt sander worked great for these. 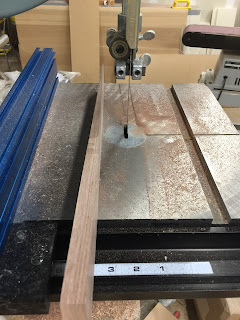 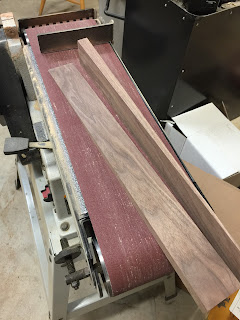