The Core Cell foam b/w the glass layers was routed out along the sheer line. I removed about 3/4" with a Bosch trimmer and spiral up cut bit. 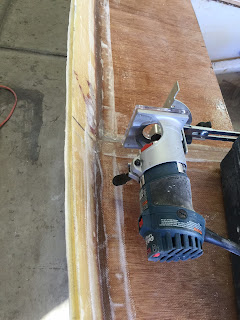 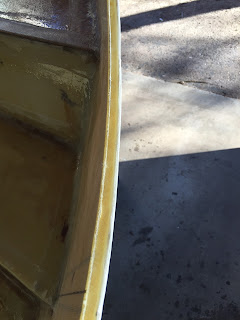 Then replaced it with epoxy and Cabosil. This was an interesting exercise as gravity once again reared its ugly head. There's about a 2 foot drop from the bow post to the lowest point of the mid sheer line. So, of course, despite adding a lot of Cabosil, eventually the mixture slowly ran down and out along the side panels. Took a lot of shop rags to clean that one up. You'd think a guy with 10 years of post-graduate education could have figured that out in advance. 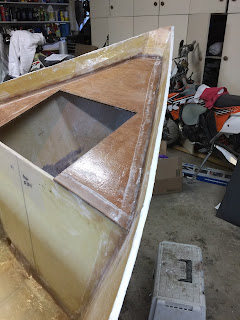 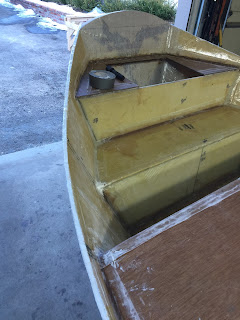 Afterwards I did it in three steps, working toward the high point on each end, and everything filled up and set just fine.

I'll rout the final finished edge with a pattern bit after I add the outer gunwale, using it as a template.

Later, I faired every seam edge and most of the other interior rough spots.  Wanted to get this done before the gunwales went on, plus it was going to get up to over 60 in the afternoon. She sure does look pretty outside getting her second suntan session. 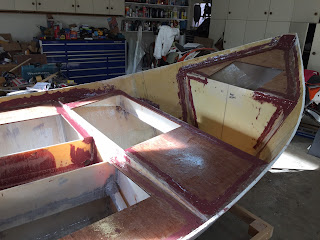 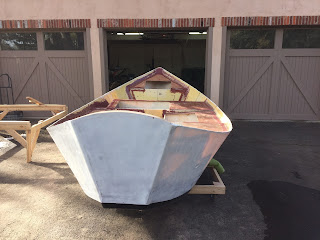 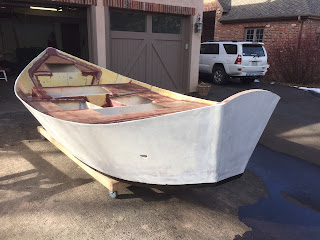 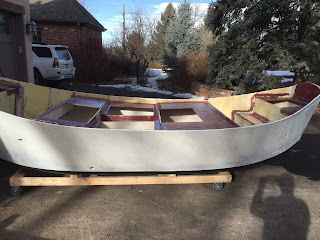 Sure enough. Beautiful day.  Nothing like spending 2.5 hours sanding when I could be out on a nice bicycle ride.  But it gets done and feels pretty smooth for the eventual final flow coat. 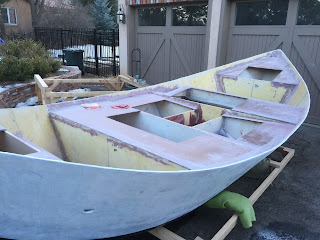 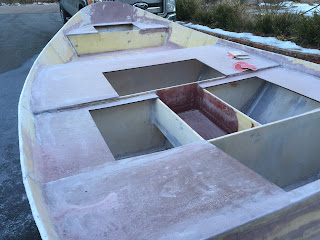