The neighborhood showed up today for a barn raising, er.... boat turning party. 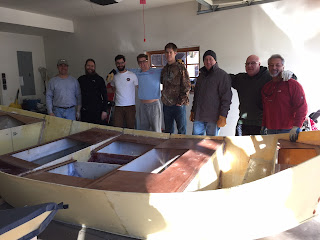 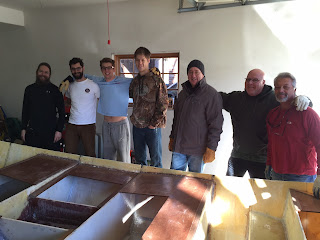 Lots of good friends offered to help.  Which was a good thing since I'd hurt my wrist and was temporarily out of action. At least with two hands. 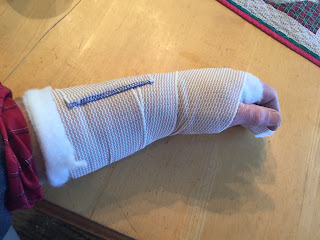 I built a support to add onto the boat dolly, since I wanted to continue to be able to roll it outside the garage for sanding, weather permitting. 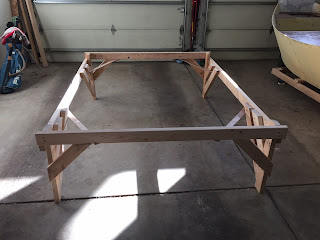 We spent a good 30 minutes discussing options of how to do this. Straps around the boat and a fork lift, although very enticing, had been ruled out by me since I was concerned that the side rails of the Core Cell would cave in under full weight of the boat. 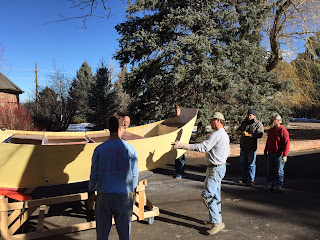 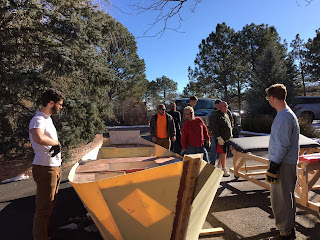 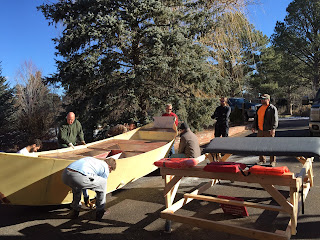 It seemed like there were about ten chiefs and very few indians. But eventually we pretty much came back to the original plan. 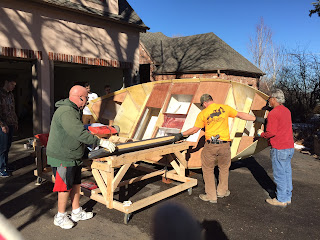 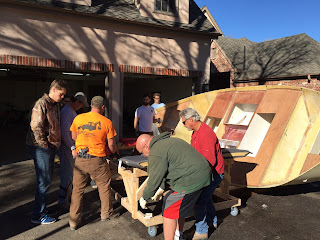 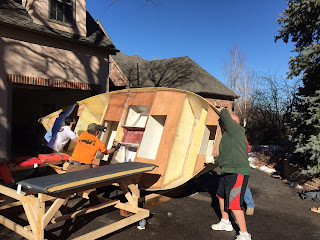 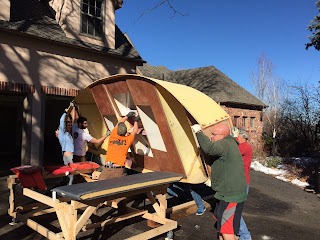 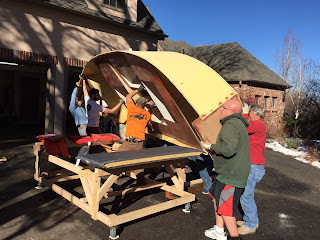 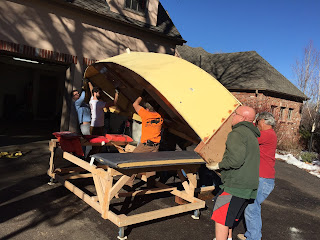 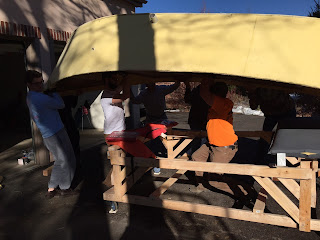 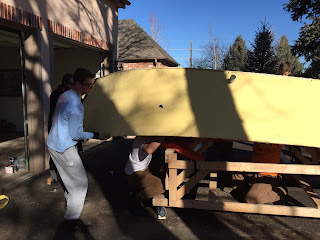 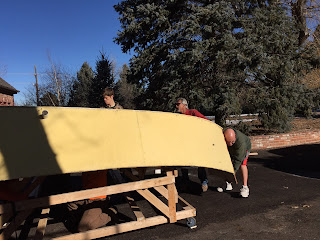 I am a little concerned since I'll need to roll it back over in a week or so, and at least one friend has said, "don't call" and another I think has blocked my cell phone number. Plus, considering how much bourbon this may cost me, it may be cheaper just to hire some temporary labor.


Afterwards, I trimmed the drainage pipes with my MultiTool (great tool which has been sulking a little since I inadvertently left it out of the Tools of the Trade post) and trimmed the bottom boat edge first with a chamfer router bit, then a 1/4" round-over one. 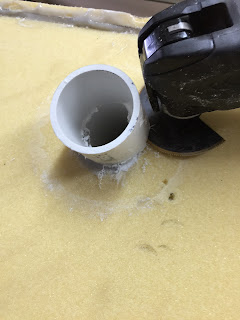 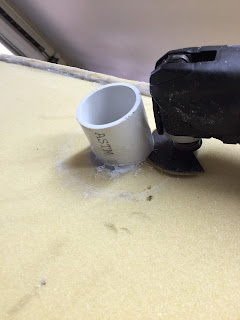 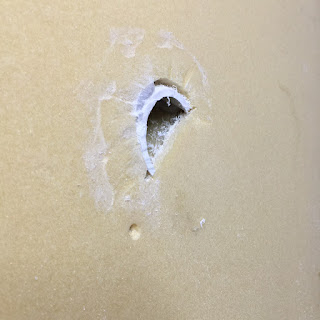 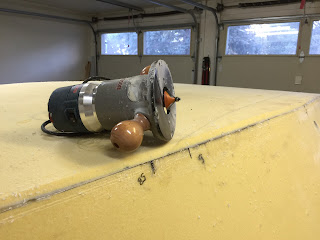 And then made sure to do a little more Surfoaming, cleaning up the spilled resin spots.

Big day today, another major milestone with no damage or injuries.  Thanks to all of the helpers!!! 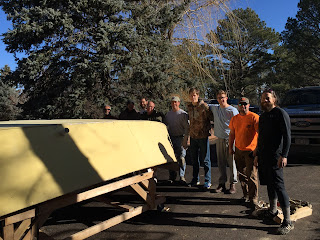