Working, But Not Working

Precious little to report. Been working way too hard, but not in the right place if you're considering dory production. Plus had some oral surgery Weds which tied up a good chunk of the day off. Got some IV sedation which was great. But decided using power tools, esp the circular saw for cutting decks, was a bad idea after that.

I exchanged a few emails and a phone call with Andy, nailing down a lot of questions about upcoming stuff like Southco latches, piano hinges and other hardware options, seat Minicell foam, and some last minute hatch lid construction techniques. Stuff I need to get around ordering sooner rather than later as suddenly the decking and hatches are showing up on my boat.

A little work on some more fairing, mainly only of the rough spots inside the hatches for now. 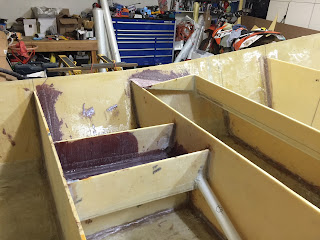 And finished the cardboard templates for the decks, which I'll be cutting soon. 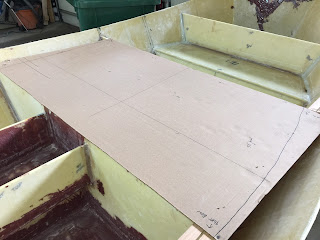 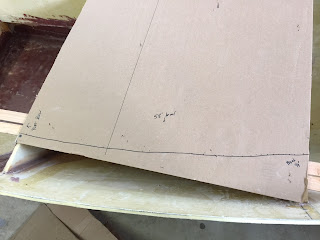 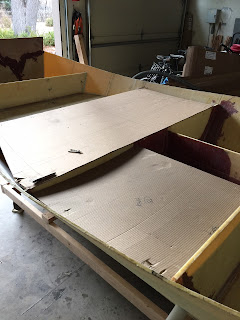 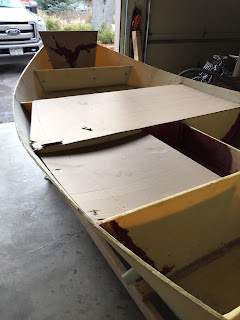