Starting Up -- then Pausing 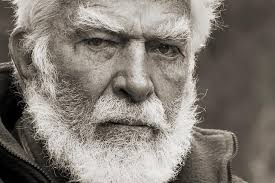 Why a Briggs?  Well, first is the history of the Martin Litton / Jerry Briggs / Keith Steele creation. After all, it's partly Martin's fault I'm starting this labor of love.

More so, though, is the Grand Canyon connection. I'm building this for a (someday) Grand Canyon trip, a river I've never run.   There have been countless trips in Briggs style dories down the Grand by boaters much better than me. I've gotta think they knew what they were doing. 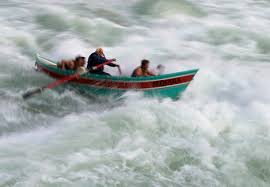 I went with a wider boat between the chines for more storage, potentially a slightly shallower draft, and hopefully a little more primary stability. I've been upside down enough over the years in my kayaks. Time will tell if this was a good decision.

One concern which has been occasionally cropping up during moments of introspection is - will I be able to roll this thing back over after a flip?  And how many helpers? 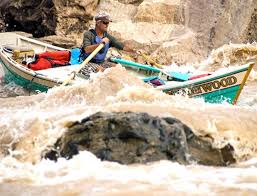 Andy Hutchinson, High Desert Dories - I went with his plans for a modified double ender, 54" across the bottom b/w the chines, modeled after the Alumaweld dories. We're going to add a transom both because I like the look of a transom boat and can mount a motor for Cataract and Deso trips.

I chose Andy not only because of his plans, which include full scale side and bottom panel templates, but also because he seems such a nice guy on the phone and will provide ongoing help during the build.
So anyway, we're off high center and rolling!

Well, sort of...  I finally call after getting back from two dirt bike trips and learn:

Andy is off for two Grand trips. Back to back. No computer access.  The nerve of the guy.  Choosing that over adding a potential customer.  Might have to revisit the nice guy comment.
Posted by Jon Snider at 6:00 AM